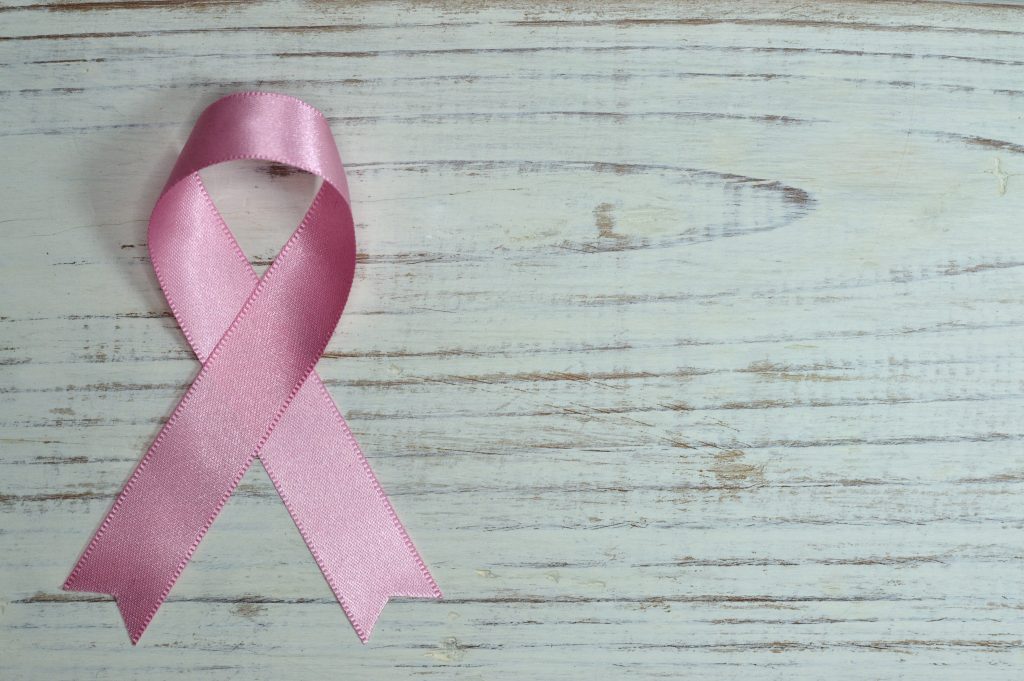 While we dedicate October to raising breast cancer awareness, continuing to spread the message beyond pink ribbon month is just as important.

The pink ribbon is more than a symbol for a disease. It represents the strength of survivors and the power of precautions. Take Julie Hansen, an associate at McKee Education Center in Des Moines Independent School District, for instance. Hansen was diagnosed with Stage 3 triple negative breast cancer on Feb. 6, 2018.

Hansen’s family history of breast cancer forced her to stay aware of her increased likelihood of developing the disease. After noticing a change and doing self-inspections, she began pushing for treatment by talking to various specialists. Initially the lump was assumed to be a small cyst, but after scheduling a biopsy the doctors noticed it increased in size by a centimeter within one week.

“I was so impressed, because they moved so fast. As soon as they got that lab report and saw what it was, within two days I saw the surgeon and she had set me with genetics counseling, oncologists, and a [Magnetic Resonance Image],” Hansen said. “They just jumped right on it.”

Planned Parenthood estimates that over 240,000 people in the United States are diagnosed with breast cancer each year. When staring down these numbers, it’s easy to feel disheartened or helpless.

“Everyone you know has been touched by cancer somehow. Either a parent, or a cousin, or a relative or a friend, everyone knows someone,” Hansen said. “That’s one of the tough things about getting diagnosed, because everyone’s journey is different. Someone can tell you how things went for them, but that’s not how it’s going for you.”

One thing everyone can do though is help to raise awareness. That’s where Breast Cancer Awareness Month comes in. Founded in 1985 by the American Cancer Society and pharmaceutical company Imperial Chemical Industries, the goal of Breast Cancer Awareness Month is to promote mammography as the most effective way to fight breast cancer. Numerous charities and fundraisers within the Midwest are involved in the promotion of breast cancer awareness as well as the support of breast cancer patients. Susan G. Komen of Greater Iowa fights breast cancer by raising awareness through education, and financially supports and advocates for early detection, diagnosis, and treatment of breast cancer. Project Pink’d operates in Nebraska and Western Iowa and aims to provide resources for those diagnosed with breast cancer through educational events. On a national level, the American Cancer Association shares support and research-based informationto individuals with breast cancer.

Early intervention is key when dealing with a breast cancer diagnosis. Planned Parenthood encourages anyone with breasts to undergo an examination at least once a year and is one organization which offers such a service. While anyone can be diagnosed with breast cancer, cisgender women around 50 years old are the most at risk. Hansen encourages those at risk for breast cancer to never dismiss any change, regardless of its significance.

“If you feel something is not right, keep pushing. If I had listened to the whole ‘Oh, it’s nothing, let’s just wait.’ I wouldn’t be here, and my oncologist even told me that,” Hansen said.  “By the time I would have gone back for that mammogram, it would have been August of this year, and here I’ve already been through chemo, surgery, and radiation.”

While raising awareness in October is critical, the fight for a cure doesn’t stop on Nov. 1st.  “All year round, wear breast cancer shirts, talk to your friends. Keep encouraging each other to get mammograms,” Hansen said. “You see on Facebook that it’s Breast Cancer Awareness Month, and then no one talks about it for two or three months. You’ve just got to keep the conversation going.”

Missouri-based Nicole Leth is turning heartbreak into a clothing line.